Z Life: If the Food Truck’s a Rockin’ 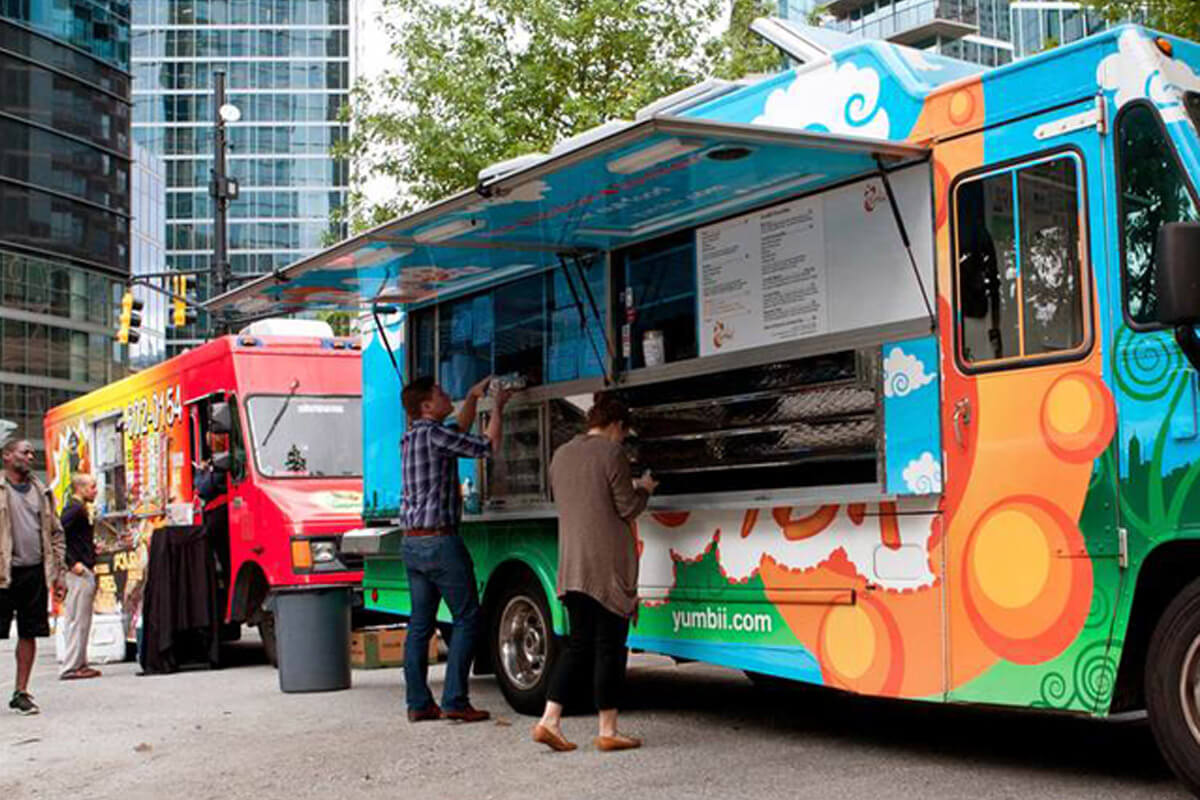 Don’t come a knockin’— just get to the back of the line and wait your turn. From crawfish in Vermont to spam waffles in Oahu, hungry tummies across the U.S. continue to queue it up for deliciousness served on four wheels.

Food trucks are large vehicles equipped with the capability to cook and serve food. Good food. Foodie food. Often times food combined with unexpected ingredients that I imagine only a creative chef meets mad scientist could concoct. Some food trucks have perfected comfort food, with a kick. Think hot dog topped with an egg patty and thick country gravy…. Um, yum?? While others focus on international flavors—Austrian goulash, anyone? The list is seemingly endless and food truck owners are workin’ it from coast to coast.

Although the concept of food out of a mobile contraption dates back to the 1800s, mobile cuisine states that the turning point for the modern street food truck trend picked up speed in 2008. Kogi BBQ and Asian infused tacos out of LA nailed the concept and people noticed.  Entrepreneurs, chefs, and others looking for small business ideas took note, and the food truck industry has been cookin’ with gas ever since.

With tacos on my mind (fish please, lots of lime and a dash of sriracha) I caught up with the all-things-taco king and foodie festival master, David Tyda, to get his take on the mobile restaurant industry. Tyda and Rick Phillips are co-founders of foodie blog, EATERAZ, @eateraz on Insta, and are putting on this weekend’s Street Eats Food Truck Festival. Tyda and I met at his food truck pick of the day, 2 Fat Guys Grilled Cheese, in the middle of a dirt lot in CenPho. It was plastic table for two, and cheesy bacon and avocado heaven served between golden sourdough goodness for both of us. And it was divine. Between bites I asked Tyda about the trendy food truck fasciation. Why is it such a thing? He told me it boils down to this:

And the hustle is real. Food truck owners work it. Hard. The job is physically demanding and the working environment isn’t the most desirable however, the upside is big for those with an entrepreneurial vibe. The economics aren’t crazy complicated (read up on the numbers game here) but sales, projections, and goals are certainly important. If played right, multiple trucks and brands can be quite lucrative and bonus, lunch is always on the house.

With many on the food truck bandwagon, festivals like Tyda’s are commonplace in cities nationwide. If you’re not into hunting down your next food truck meal, Street Eats is a tasty opportunity to check what’s cookin’ on Valley streets in one place.

Cooking demos, craft beer, entertainment and $2 food samples from more than 60 trucks will be going down at Street Eats. Not to miss trucks during the festival? Here’s Tyda’s recommendation:

Street Eats tickets are only $15 day of, children 12 and under are free. You should go! And remember my tip: no knockin’ a rockin’ food truck, simply make your way to the end of the line. 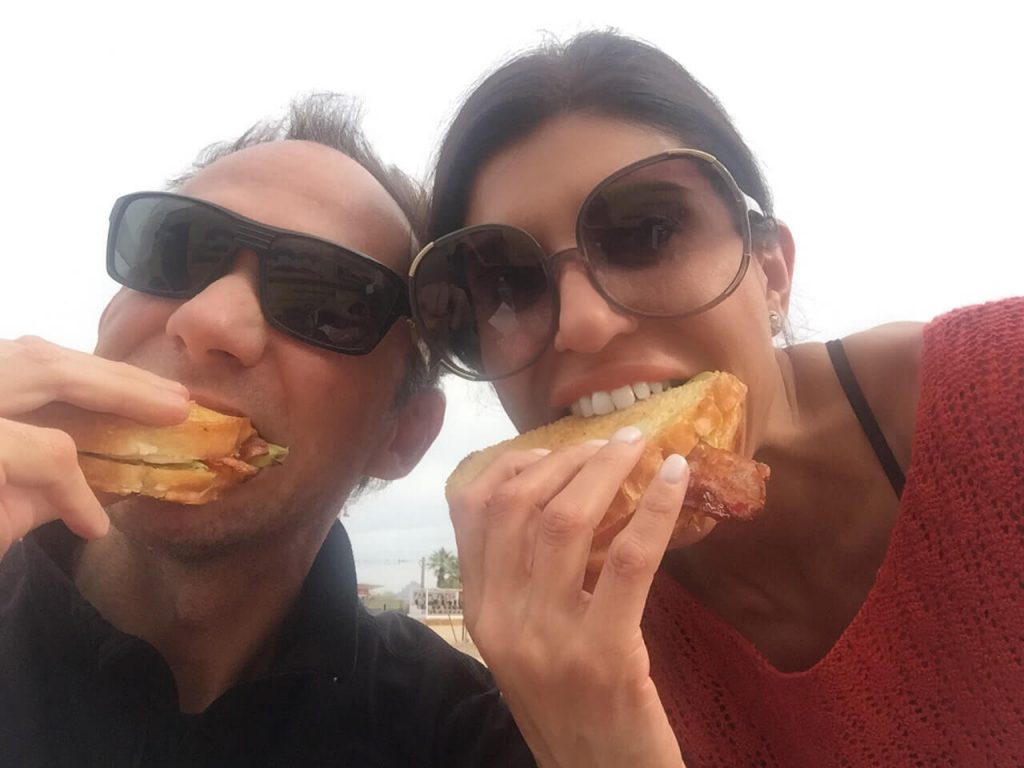 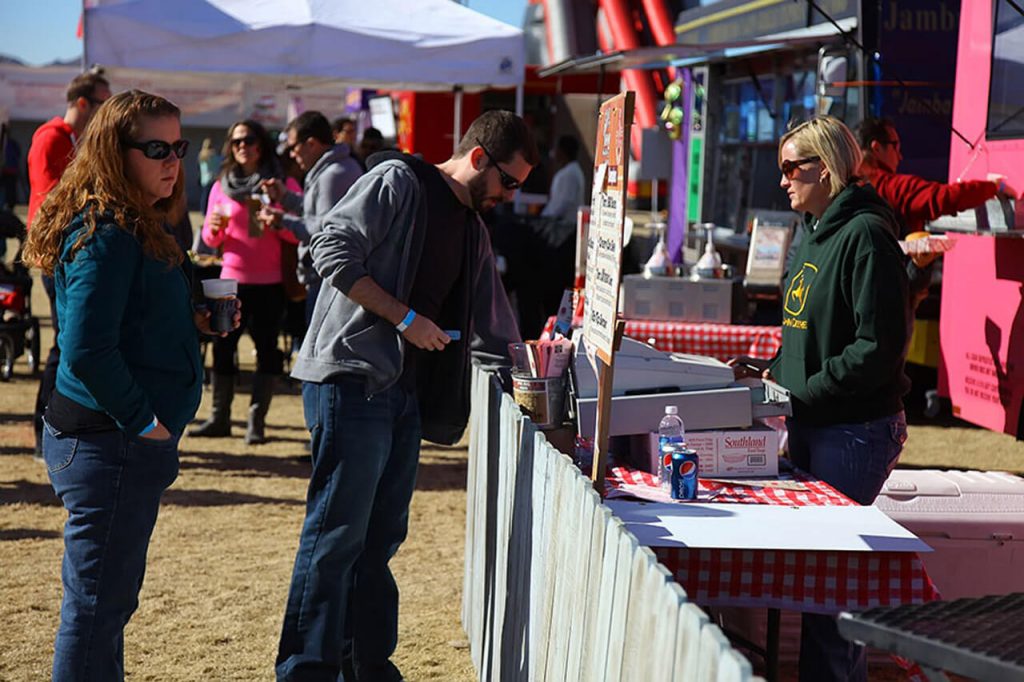