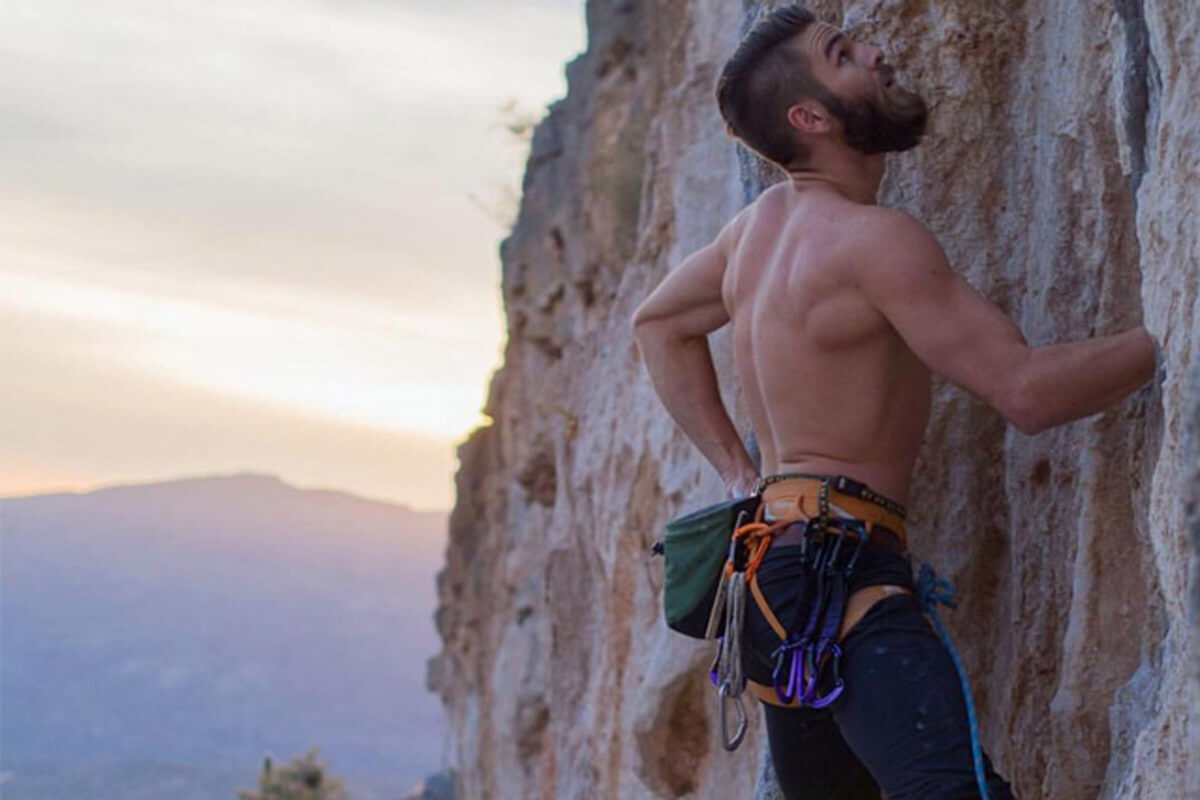 None of the drugs, all of the high. And high is an understatement when it comes to reaching great heights at AZ on the Rocks (AZR), Arizona’s largest indoor climbing gym. Located in North Scottsdale, AZR isn’t new news to climbing enthusiasts in the Southwest. Lean, disciplined, passionate climbers have trained and even grown up through the years amongst the tight-knit climbing community at AZR. Sibling owners Kevin and Kent Berk recently celebrated a 13-year business anniversary and calculate approximately 600,000 visitors since opening the one-of-a-kind gym in Arizona. I recently met up with Kevin at AZ on the Rocks to understand the fascination with rock climbing (it seemed so 90s trendy to me) and learn about AZR’s brand new Ninja Warrior program since full disclosure, competing on American Ninja Warrior is a bucket list item for moi. The secret is out. #badassmama

Years ago, Berk and bro became hooked on the sport at first foothold and realized an opportunity to train and serve people in Southwest and beyond. The Berks began building a space for all levels of climbers as well as people seeking unconventional fitness and entertainment options in a comfortable community setting. From conception to date it has been “belay on!” since the brothers opened AZR’s doors. Climbing is serious business and I was schooled about the sport being a 90s boy band like fad. HELLLOOOO, Tokyo! That’s right, climbing/sport climbing was recently officially approved for the 2020 Olympic Games. It’s an exciting time to be a climber. Domo arigatou, International Olympic Committee.

So, what’s the thrill all about? According to Berk, for some, rock climbing is considered an extreme sport. Berk explained it is not. He says if you can walk on stairs, you can climb. The sport is both mental and physical intertwining character building lessons that translate to everyday life. Berk thinks of rock climbing this way: you think you can’t—once you do, you realize you can.

The collection of strong bodies and minds led to a natural, new addition at AZ on the Rocks. Only a month old, the Ninja Warrior program has touched upon a sweet spot for people looking to push themselves in outrageous ways. For children and adults this competitive offbeat fitness trend is for realz! Per Fortune.com, gyms are creating obstacle experiences or “ninja gyms” due to the spotlight on fitness competitions and of course, the wildly successful American Ninja Warrior TV show. AZR’s set-up has 25 interchangeable obstacles including: the salmon ladder, cannonball alley, ring toss, and more. It’s legit! The facility recently hosted its first Ninja Skillz Challenge and half of the participating contestants were kids! Dear America, the future is STRONG. AZR’s new Ninja Warrior program is open to adults and children. Pricing and deets can be found here along with a look-see at the training rig in action.

So, if you’re tracking correctly, we’ve got climbers, we’ve got ninjas— now mix in yogis and in my opinion, AZ on the Rocks is just one more mental game away from becoming Jedi training capital of the world. But seriously now, yoga? Yes! And here’s why: a climber’s focus is everything— being present is completely necessary for safety and success. Berk says his fear of heights disappears when he climbs. There’s no opportunity to focus on anything other than his next move and his environment. Hence, the many connections between climbing and yoga which AZR through its Yoga on the Rocks program. Various yoga styles and levels are taught in a zen-centric space on the second floor of AZR and the program is open to adults and children. Increased flexibility and focusing on the breath are techniques that enhance rock climbing success. Who knew?!

Whatever your fitness fancy, AZR seems to have it covered— ninja training included. Personally, shavasana is my speed but this year I vow to turn it up. Stay tuned for my competitive fitness debut on NBC. Ninja warrior princesses unite! 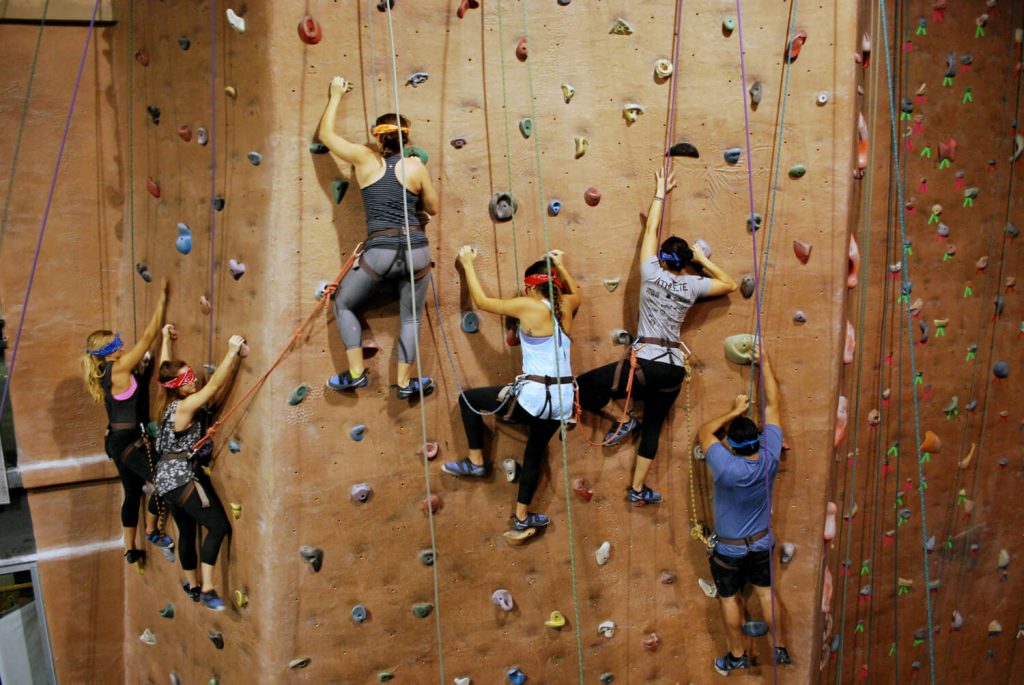 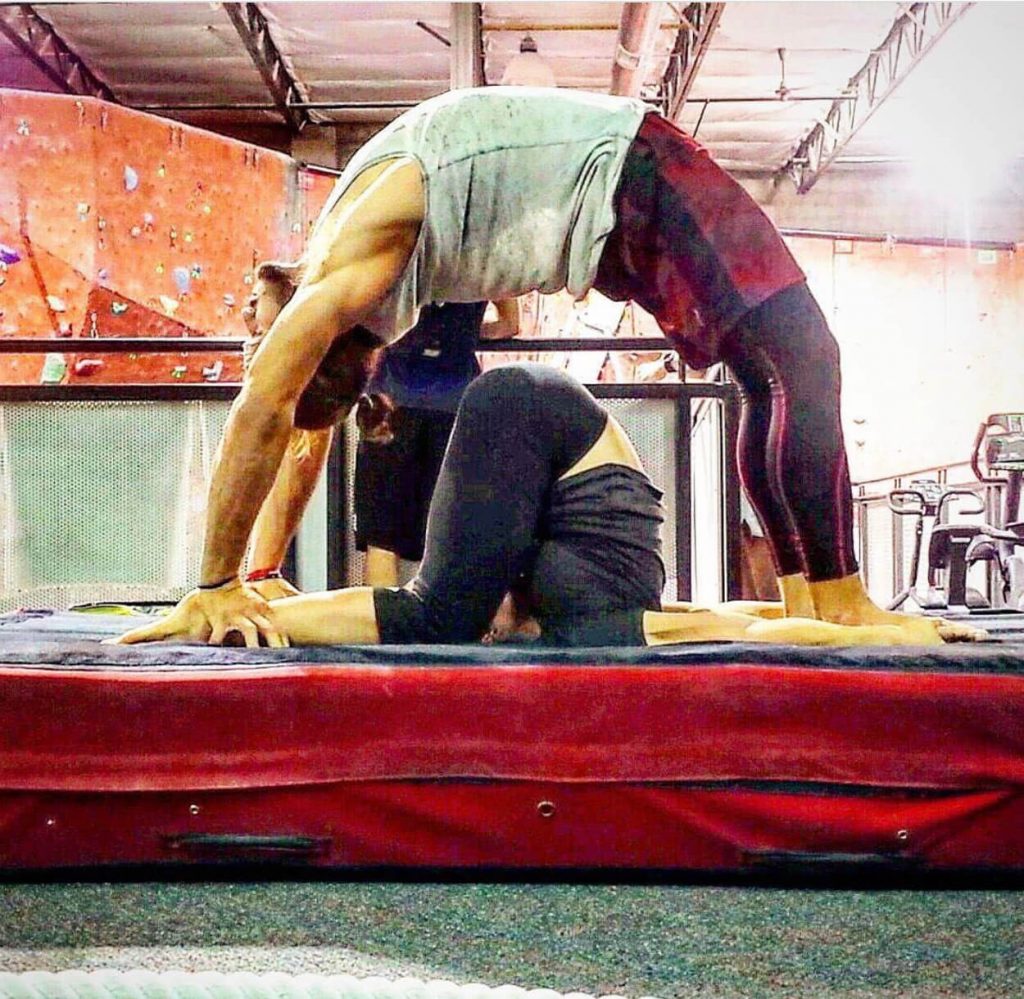