Renae Hutzler and her husband Dave waited anxiously to see their son.

Specialist Jared Hutzler was deployed to Afghanistan for nine months. His parents, like so many military families, were filled with pride, and yet also a sense of fear and anxiety. There is great uncertainty and instability in the Middle East. The Hutzlers prayed that their son, and his fellow soldiers, would return home safe.  They’ve been waiting for this soldier homecoming.

We have been following the family’s story for months.  Dave Hutzler first reached out to our team at Inspired Media 360 at the end of 2015 to share some incredible news. He and Renae started what they called #Christmasfor30 and it was successful beyond what they could have imagined.

They simply wanted to rally neighbors and friends to donate items that could be shipped to Jared and 29 of his fellow soldiers. The effort caught fire by word of mouth and on social media, and soon the Hutzler’s home was filled with presents and sweet treats.

It occurred to the Hutzlers that this sort of love and attention was newsworthy. We agree. Our team reported on the #Christmasfor30 drive.

And we kept in touch with the family, getting updates as they went to Fort Drum in New York to celebrate this soldier homecoming.

Dave Hutzler says, “the feelings when the entire Company walked into the room gave me and many others surrounding me a sense of pride and overwhelming love, not just for the safe return of my son, but for all of those men and women that sacrificed their lives for our safety and freedom.”

Hutzler continued, “When I first saw my son the tears began to flow as I watched him walk in cadence and in unison with music playing, wearing the United States Army uniform. I wanted to run down there and give him a big hug and throw my arms around him and hold him close.”

Many of the soldiers approached the Hutzlers to thank them for the #Christmasfor30 care packages.

Some explained that it was all they got for Christmas — and having something to look forward to gave them a great feeling of support.

“It was another tearful moment when one Soldier came up to me and shook my hand,” Hutzler shared.  The soldier said to him “Thanks so much for making this Christmas for me the best ever”. 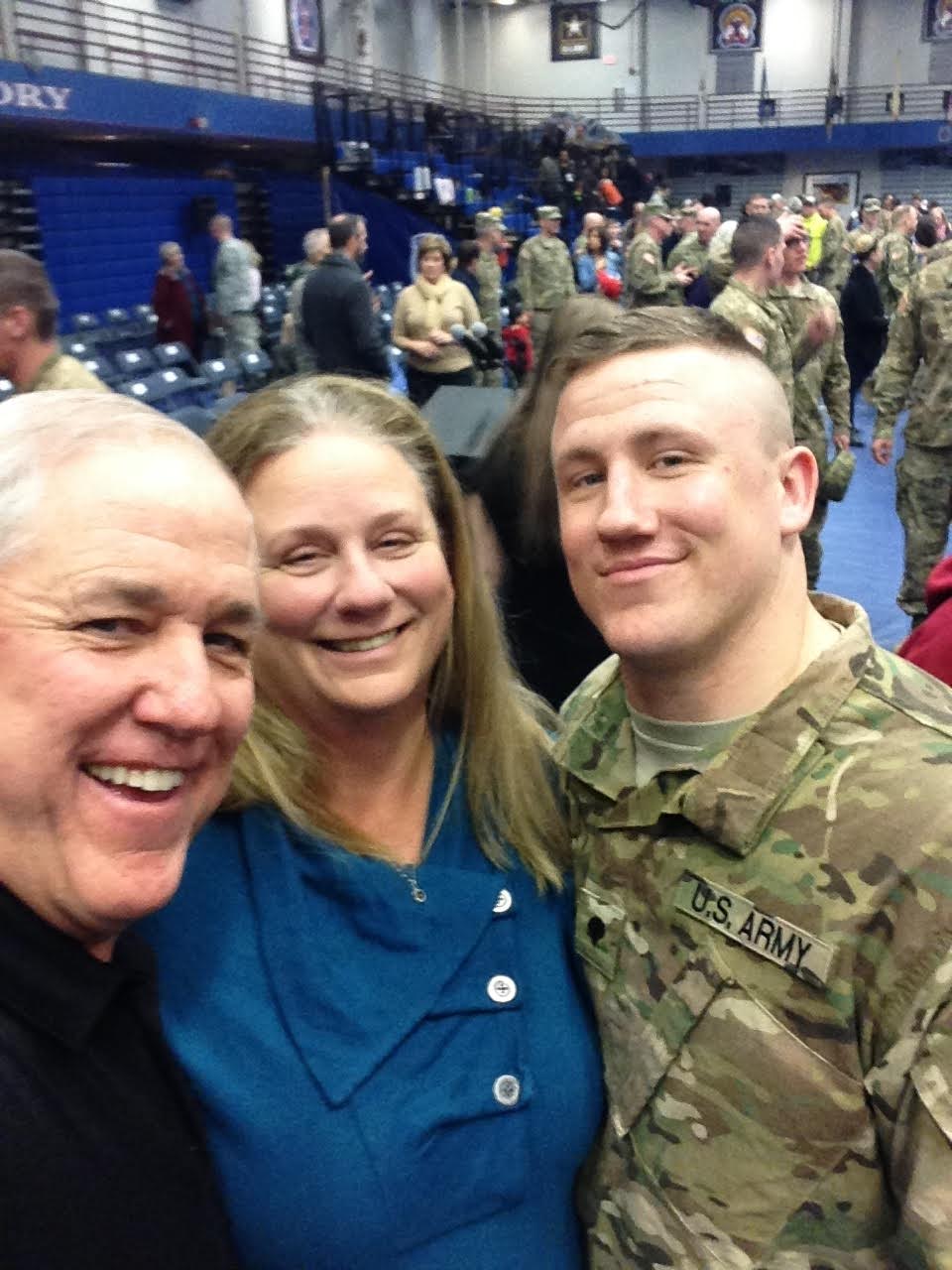 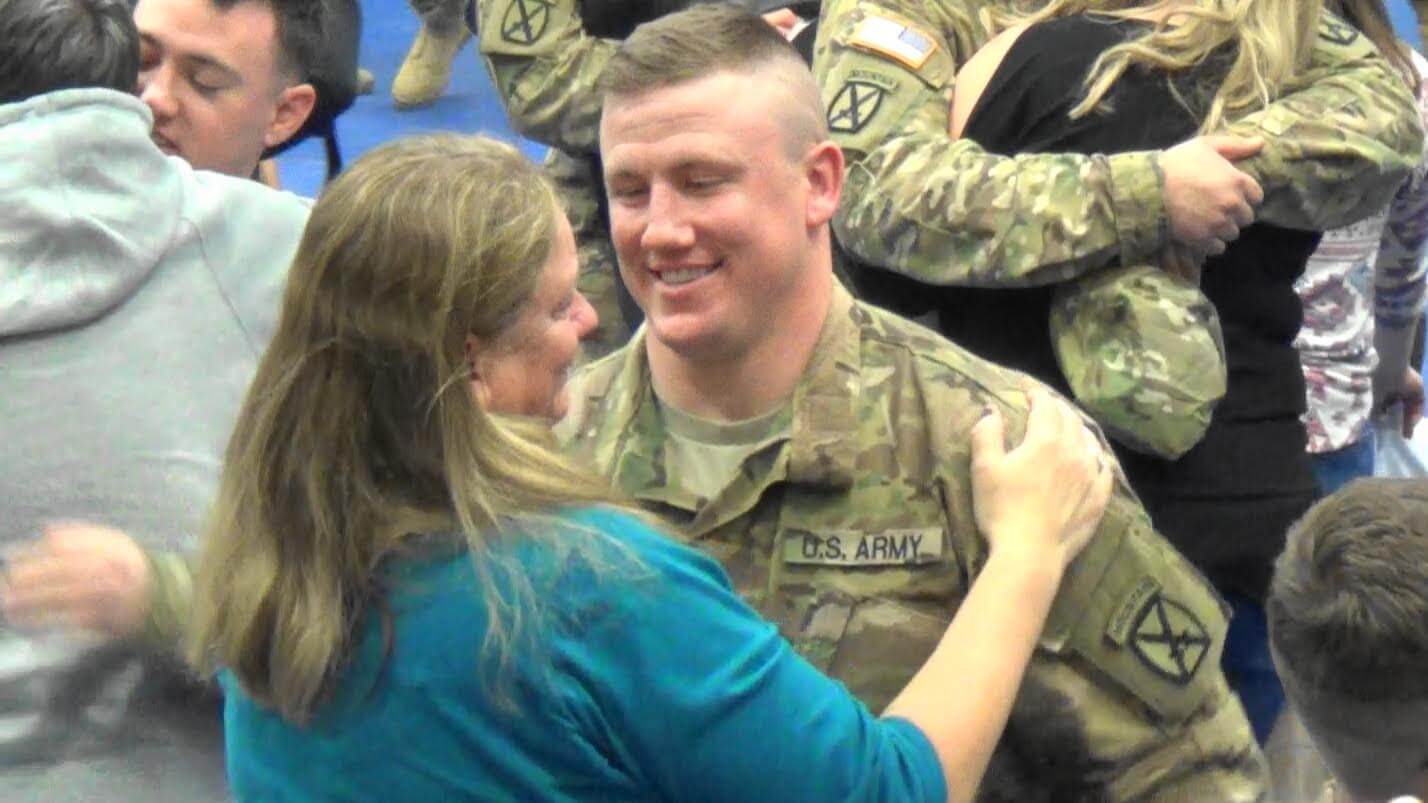 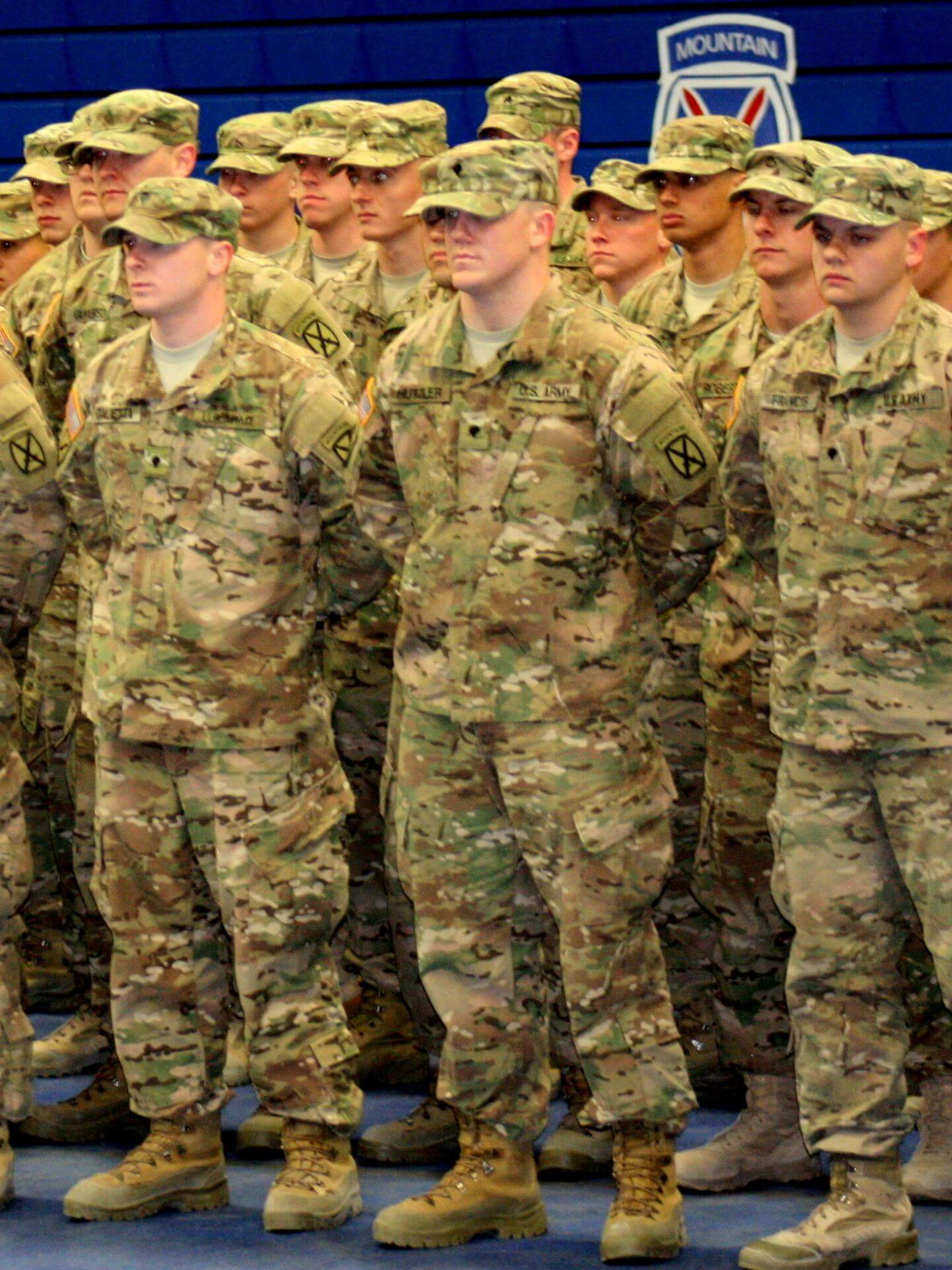