Kristen Salcito Sandquist and Kevin Cherilla are the Co-Founders of K2 Adventures Foundation, a non-profit, and K2 Adventures Travel, a for-profit organization that overlaps with and helps to fund their Foundation.

“What Kevin and I do is we work with individuals with disabilities in the United States and around the world by providing those individuals with adaptive equipment, resources, and education in order for them to have a better life,” Sandquist explained.

The summer of 2019 has been filled with emotional and powerful experiences for the business partners as they were able to witness first-hand the fruition of their humanitarian efforts abroad.

“Kevin and I took 85 individuals with us this summer to Tanzania (Africa) where they did medical missions… [and] community service missions. Where they worked in a local school for disabled individuals, in a local hospital called St. Joseph’s and… at our brand-new orphanage that we just opened called Summit Happy Home.”

Sandquist and Cherilla started looking at land for the orphanage a year and a half ago, and came to the decision to build the facility in Arusha, Tanzania, given its close proximity to a local hospital they were working with. Also, citing Arushna as a good area for any volunteers and clients who travel with them to visit and work directly on the property.

“We built the free-standing building that’s about 4,500 square feet, and it will be the home, eventually, for 20 orphaned kids. But right now, we have a total of ten kids that are going to be cared for [this year] … and by next year we’ll add ten more kids.”

Both Sandquist and Cherilla were in awe of what they witnessed in Tanzania, and described the actualization of their hopes and determined labor as, “the greatest gift in the world.”

“…when we drove up [to the orphanage] Kristen and I were in two separate vehicles, but… we stopped at the same time and opened up our doors, and… these six little kids came running out of the house… running into [our] arms, and for the first time knowing that… these are truly our kids,” Cherilla divulged.

“It’s pretty amazing to know that… what we do now will affect these kids and change their lives forever.”

Another key moment for Sandquist involved the remarkable and impactful partnership K2 Adventures had with St. Joseph’s Hospital in Tanzania.

“[A year ago] … we put together a manifest of all of the medical equipment that St. Joseph’s Hospital needed, and it literally needed everything. From Band-Aids all the way to hospital beds to anesthesia machines to dialysis machines to pretty much anything that you could think of medically – this hospital needed.”

So, Sandquist and Cherilla arranged for a forty-foot shipping container to be stocked with supplies by Project Cure, a partner organization in the United States, and had it shipped in April of 2019.

“… it took two months for it to go across the waters and for it to dock in Dar Es Salaam, and when it docked Kevin and I were still in Tanzania, and we were there to see the canister arrive and watch it get delivered to the hospital, and we were able to unload it and actually see the equipment working in the hospital…”

They observed several procedures from cesarean sections, to surgeries for broken bones, to a circumcision, and even several births.

“We had a team [of volunteers] that had three nurses on it, and two of them delivered a baby [alongside the supervising doctor].”

Cherilla said the experience of a group of people, who didn’t even all speak the same language, working together, helping a mother and her baby have as safe and smooth delivery as possible, was nothing short of amazing.

“So, here we are in Tanzania with all of our friends and all of these clients that were able to help unload this container and put all these supplies in place, and then we were able to actually see the doctors do their job and use the equipment that we sent to help deliver babies and fix bones. And, in the same hospital we worked with the nurses and the doctors and the head of the hospital to start a project called The White Hat Project…”

Sandquist shared that their latest project would be launching within the next few days and that fundraising would ensue in the upcoming months to build the first women’s shelter ever to be built in Moshi, Tanzania. Their goal is to have it ready and fully functional by the time they visit the site next year.

“We’re so excited. We did a test run this summer and we opened three beds in the hospital, and we’ve already had our first young girl who’s fourteen and she delivered her baby there, and the baby was healthy. And we currently have another young girl living there who’s also fourteen, and she’s due to deliver her baby probably within the next three months.”

When the actual facility is constructed, and its doors opened, it is intended to house up to 60 young girls and women.

Sandquist, Cherilla and their fellow volunteers and contributors at K2 Adventures had a memorable summer of giving back to the vibrant communities of Tanzania. They opened the orphanage, Summit Happy Home, sent a medical container with over a million dollars’ worth of supplies to Saint Joseph’s Hospital, and are in the process of building a women’s shelter.

Of course, they are always eager to have people in our local community find out more about what they do and how they too can get involved in both local and international programs.

Learn more about the work K2 Adventures does both locally in Arizona, as well as, abroad in Peru, Nepal, and Tanzania, and how you can donate or participate at k2adventures.org. 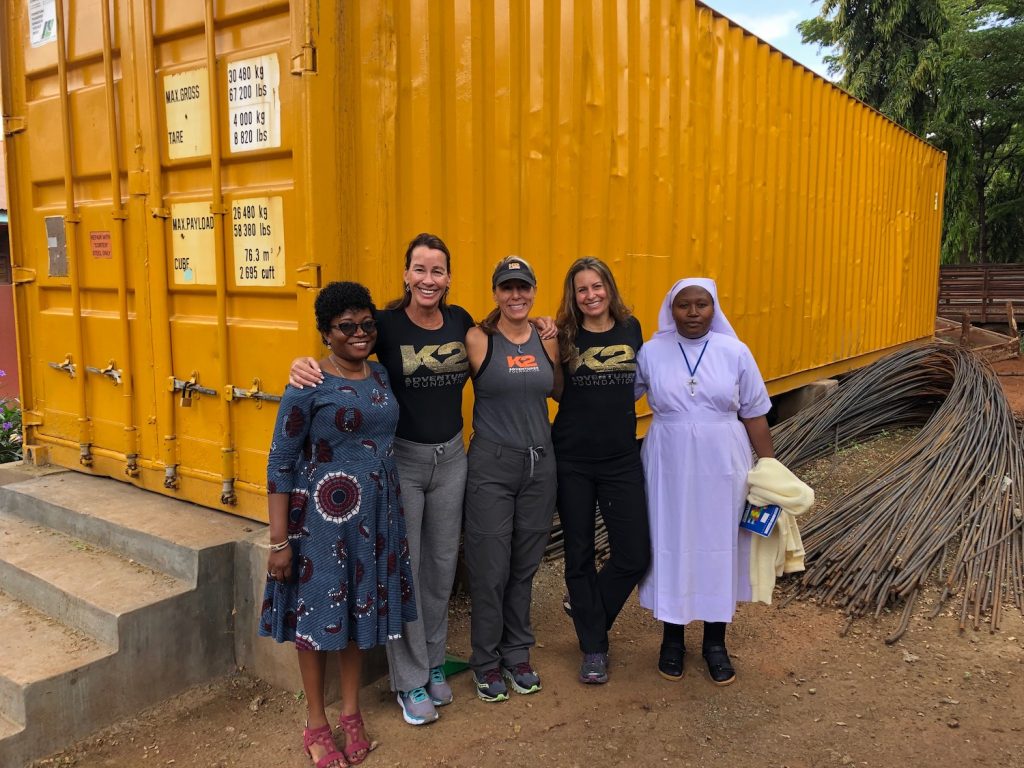 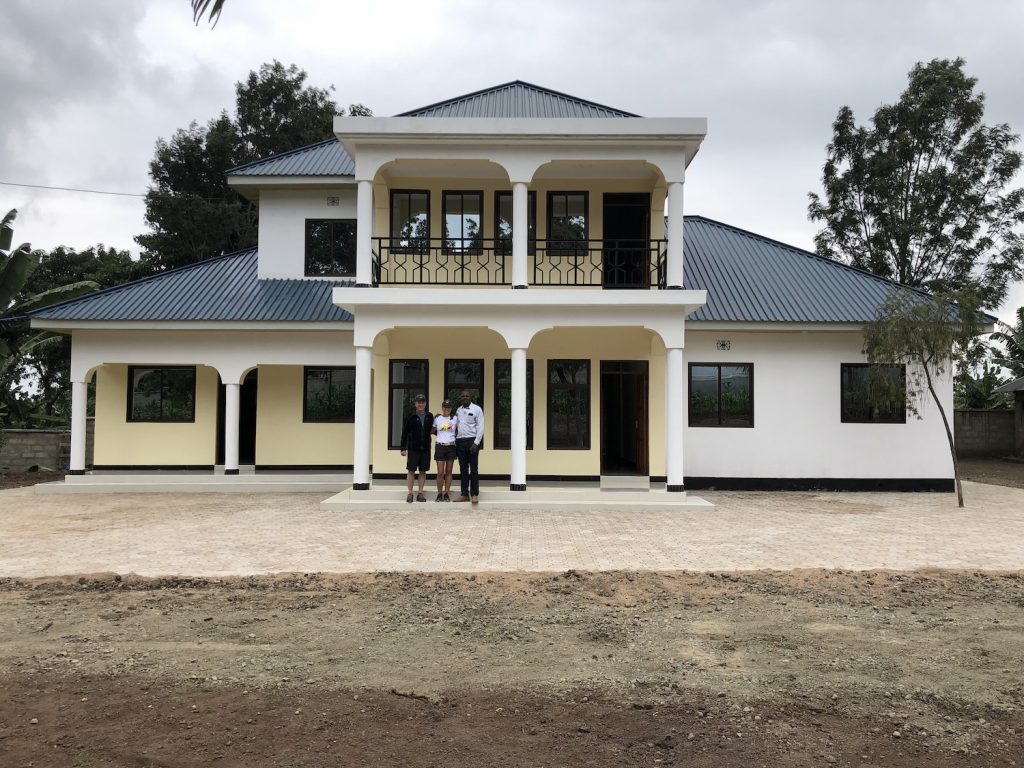 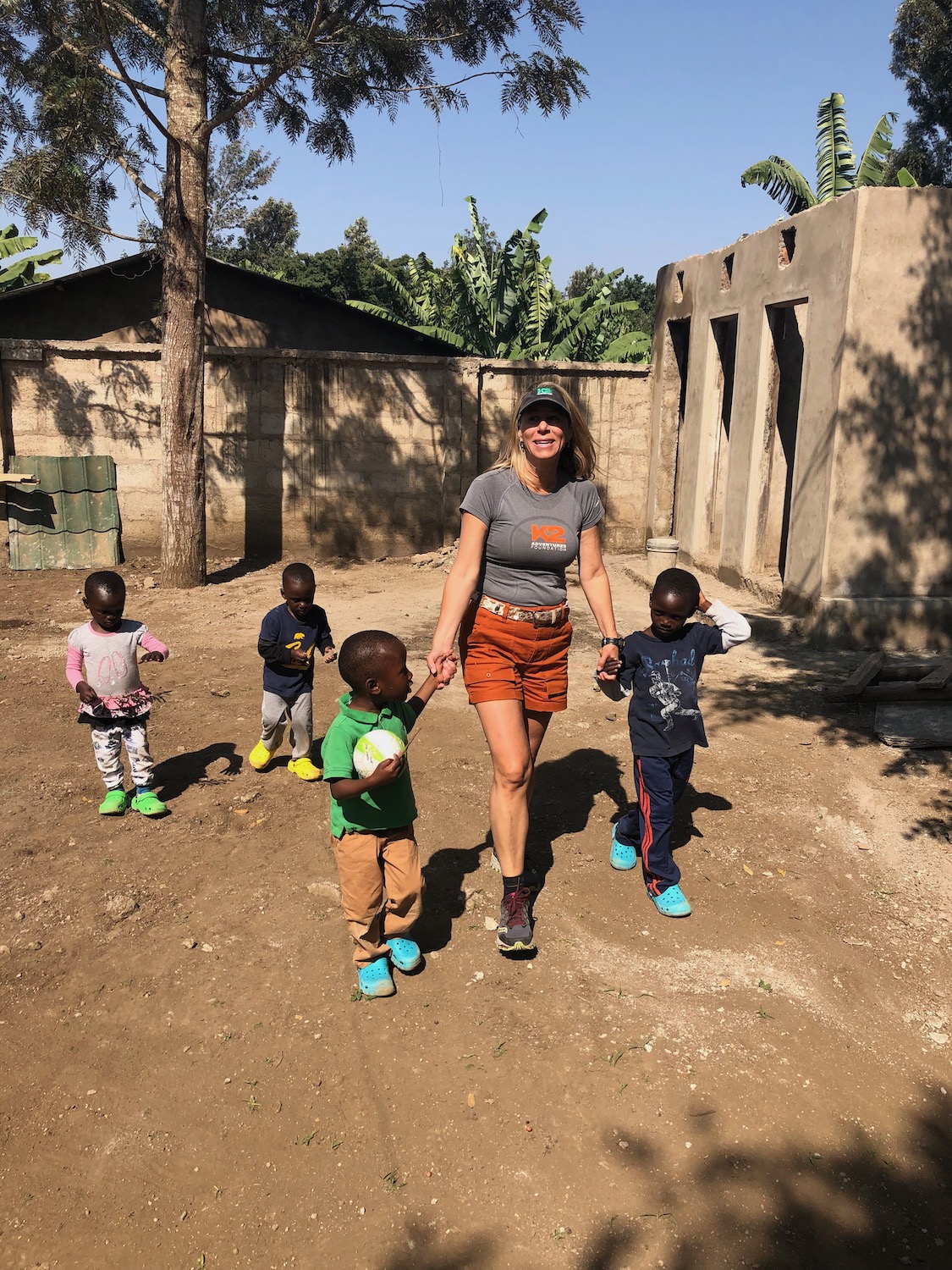 Arizona Couple Become Advisors To The Royal Family. How They Are Changing The World
January 28, 2017
Latest Inspiring Stories
Go to Top