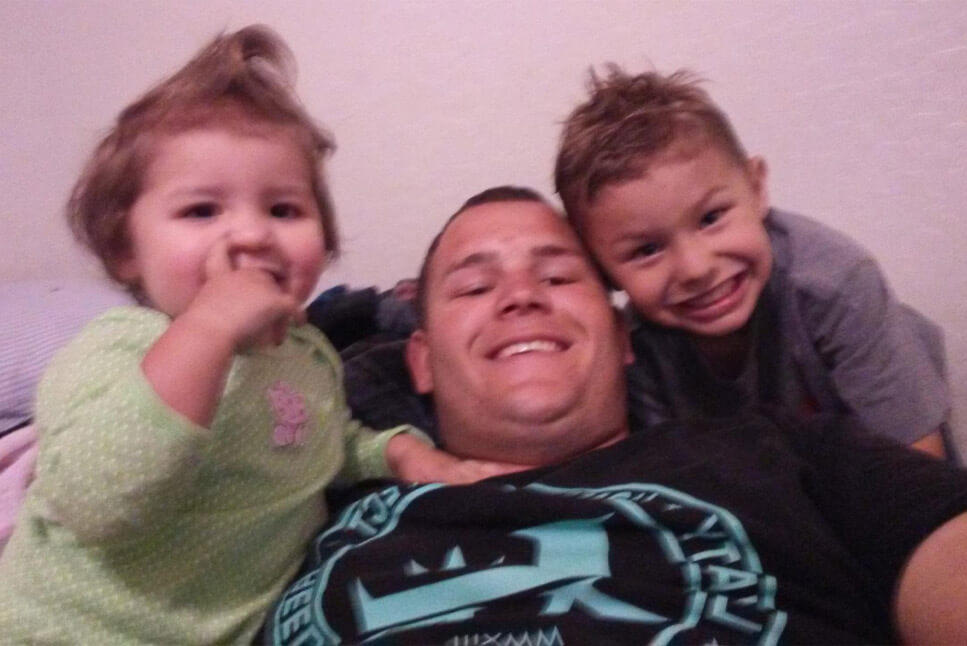 “You come out for an hour a day, it’s just almost like torture in a sense. You get a little crazy sometimes.” Leslie Merritt Jr. is talking about his seven months in solitary confinement. The 21 year old was accused of being the I-10 freeway shooter in Phoenix, Arizona, arrested and locked up. His face splashed all over the news.

“You live in a small little box,” he says. “It is like being in a dark hole that just keeps trying to close in on you.”

In his first interview since getting out of jail, Merritt told me exclusively that he got through his days reading books, playing games and thinking about his kids, ages 5 and 7 months.

Merritt was arrested in September of 2015 in a Walmart parking lot.

“I went to Walmart to get some diapers and wipes for my daughter and came out and they told me to get on the ground,” Merritt says.

He was accused of being a domestic terrorist — causing widespread panic on valley freeways. At the time, the fear level was so great, drivers avoided highways, and school buses took different routes.  Signs were posted telling people to be careful.

“We set out to prove his innocence,” says Ulises Ferragut, a member of Merritt’s defense team.

“The reality is most defendants have to prove their innocence because our society is very suspicious of people accused criminally.  We set out to prove his innocence and as we started peeling back the layers of the investigation by DPS, we came to the conclusion that not only is their investigation faulty, but upon doing our own investigation that there is no linkage [between Merritt, the gun he pawned and the shooting spree].”

“It’s weird because law enforcement put out some sort of info memo to pawn shops in the area trying to figure out if they could get a lead,”  Ferragut says.  “Leslie Merritt’s weapon that he had pawned turns up as one of these guns and all of a sudden law enforcement is focusing in on this gun and suggesting this gun may have been used in some of these shootings.  A case based on ballistics.”

But when the ballistic evidence fell apart, so did the case.

“The ballistic evidence was not just the center of the State’s case, it was the only evidence in the State’s case,” says Merritt defense attorney Jason Lamm. “There wasn’t a single eyewitness, there was nothing that put Leslie at the scene of any of these shootings so critical weight was put on the DPS criminalist who made that identification.”

The State then brought in an independent expert who made two major findings, Lamm explains.  “He said there was no way to identify Leslie’s gun as having been the one that was used in the shootings.  And secondly he delivered an absolutely fatal blow to the State when he said that he independently reviewed the work they did (… ) and he said it was insufficient to make an identification.  He flat out said they were wrong in doing what they did and the way that they did it.”

Judge Warren Granville reduced the bond from $1 million dollars to zero and Leslie Merritt Jr. walked out of jail. Not exactly a free man, though.

County Attorney Bill Montgomery dismissed the case “without prejudice” meaning he is leaving the door open that Merritt may once again face charges.

“Prosecutors are not afraid of the truth. In identifying areas for further investigation, it’s a part of reviewing cases in preparation for trial. Wherever the evidence leads is where we go,” Montgomery said in an April news conference.

Dismissing charges against Merritt may be interpreted by some as a sign of a botched investigation.  “If people want to draw that conclusion at this point in time, they’re certainly free to do so,” Montgomery said.

For Merritt’s part, he says he is trying to get back to life — as normal as it can be. He has resumed work as a landscaper and is spending time with his two children, although he says he is not allowed to pick up his son from preschool. Administrators, he says, have expressed concern about him being on campus and causing other parents to be uncomfortable.

When asked if he is nervous about the charges being refiled, Merritt says no. He’s not worried.

“I know I didn’t do it so I don’t see any possible way for them to bring new charges against me.”

Disclaimer: Carey Pena’s husband is a member of Leslie Merritt’s defense team. He did not see the questions in advance of this interview, nor was he given any editorial input or control.

Shattering Stereotypes: Luca Magazine Wants You to Know It’s Okay Not To Be Perfect
September 22, 2016

The Building Of A Magazine: A Social Success Story
June 1, 2016
IM360TV Posts
Go to Top